We're already using IaC, how is this different?

See the pattern there? It's really just the Cloud infrastructure, which rarely is any useful on its own. A typical cloud deployment not only has more advanced infrastructure, such as serverless services or a K8s cluster in place of VMs, but it also has custom application code.

Using a simple tool that only does one thing is the central point of many ideologies.

Do one thing and do it well

The suckless philosophy (though for more reasons than just this one):

However, the world of public cloud is, for better or for worse, not made by these philosophies, and so I believe that there should be a tool for bridging these philosophies to it. Sometimes, things need to be done to keep the whole infrastructure - perhaps including the application code - together, which is something that Terraform does not have a way of providing for.

The biggest gripe I personally have with how Terraform - or any other form of IaC - tends to be used is how users tend to shy away from actually fully adopting it. Specifically, how most code projects contain just a single project (with or without the "project" resource itself), which then is deployed manually. This actually sometimes takes more effort than just simply doing the deployment manually.

It is very possible to manage the whole entirety of one's infrastructure with Terraform, although details differ per platform.

On GCP, you may manage almost everything through Terraform -- that is, everything but the creation of the organization, and it may even be simpler to grasp afterwards.

You might worry that you'll be forced to allow e.g. external contractors into this large codebase, and that they'll be able to see everything. But this is not something that an IaC tool should have to account for - this can and perhaps even should be solved via the code platform - generally Git on some hosting site, such as GitHub and GitLab.

A very similar worry may be that having everything in one place may produce a potential bomb - and that worry is absolutely reasonable, but then again, having everything as a single codebase allows a linter to catch many issues even before you think of committing the code.

You can create a Terraform provider block the same way you create a standard resource. That is, you can parameterize the contents of the block.

The code examples below shows this quite clearly.

This is taken from the K8s provider documentation on terraform.io and shows an EKS setup:

As you can see, though, this approach pollutes the codebase a bit by the fact that you now need to ensure that whatever or whoever is running the codebase has aws installed. Credentials should not be an issue, though, as the command will see the same credentials that you passed through environment variables to terraform, as Terraform is executing the command.

On GCP / GKE, this can be solved in a similar fashion:

Terraform and probably all other forms of IaC utilize the fact that Kubernetes resources tend written in a common, serializable way; YAML. And since HCL - the language that you write Terraform code in - has the same things (maps, lists, etc.), then all resources can easily be converted to HCL.

The two following files are basically the same thing:

While it may actually seem that the two languages have their differences, note that HCL uses e.g. the port {} block, which may be written multiple times in the same block - it is a list structure. If it was written as ports = {}, it would have been a map.

It does not exactly feel good to be told that you can manage everything via Terraform and then that the bootstrap issue is still there, I know.

In case of both of the cloud providers that we use - that is AWS and GCP - you need to have an account or a project respectively from which you need to get credentials; an IAM user or an IAM service account respectively.

You'll also ideally need to create a bucket on either S3 or GCS, which is used for the storage of "state", which really is unavoidable, as it's used for the IaC tools to know what they're supposed to manage even after you potentially exclude it from the code. i.e.: After you deploy something through Terraform, and then delete it, Terraform needs to know what it created in the past so that it can delete it.

On GCP specifically, you'll also need to pre-create a Billing Account, but the management of the billing account afterwards can be done in IaC.

But after that, that's it, that's all there needs to be pre-created, and from here on everything can be done via Terraform, or Pulumi, as you'll read in further down.

In the simplicity vs. practicality section, I mentioned that there should be a tool that bridges the philosophy of tool simplicity with the reality of how the APIs and other interfaces of public cloud platforms are.

But there is one thing it remarkably shares with Terraform: The Terraform providers. That's right, it can use Terraform's provider binaries. But it's not always the case, and case-in-point is the Pulumi Google Native provider, which the creators of Pulumi have created to bypass some of the shortcomings of the "correctly made" Terraform provider. Then there's also the Kubernetes Extensions / kubernetesx provider, which works with the same concept, but for Kubernetes.

Now, some might say that Pulumi is definitely not simple, and they're right; internally, Pulumi is not exactly simple. But it does expose a simple and relatively consistent interface - the code, or more specifically the libraries for all the supported languages. Then again, some might say that you should not need to have a full-fledged programming language for deploying infrastructure, and they're right again. But there are some times that you need to do something that's not exactly "nice", like making an HTTP request to a resource after it's been created and before anything else is created. Terraform simply cannot do this on its own, but languages like Python and JS can.

To showcase some of the most interesting features, I've elected to use TypeScript in the following code example. It could be code for a development/testing/production GKE cluster setup - it creates its own folder and has a project resource templating function:

(note that I ran npm install for all the imported libraries)

Note how a new pulumi:providers:gcp is created after the project; this is after we create our own project in code, and all its children can then inherit the new project ID and the default region and zone. This unfortunately does introduce a potential error when somebody forgets to include the parent opt, in which case whatever resource they're creating gets created in the "stack default" project, if it is set (in the worst case scenario you'll just have to wait until it gets recreated, best case scenario it will fail immediately due to not being in the same project) - the top-most gcp:organizations:Folder inherits its settings (note how it doesn't have a parent in the code above) from the stack defaults, which I have set to be the bootstrap project via pulumi config set gcp:project <bootstrap-project-id>.

The same thing happens with the Kubernetes provider - it waits for the GKE cluster to be created due to the fact that it depends on the values provided by it, and I construct the config file it needs manually with interpolated values. And that provider is then used as a parent and provider for K8s resources, of course.

This is the output of the code as it is so far:

Finally, you can build the apps that the cluster is going to use directly within Pulumi.

First, create an Artifact Registry repository for Docker containers and give GKE access to it:

GKE itself should also depend on the repo IAM binding so that a situation where it may not reach the repo can't happen.

Note that the Artifact Registry repository (which succeeded Google's Container Registry) is not actually a place for images directly - it really is just a repository, so the image name comes after. The repo URL unfortunately has to be constructed manually as of the time of writing this, but fortunately it's got consistent naming.

Add the Docker library and the image itself with a path to a directory with a Dockerfile and the name of the image:

import * as docker from "@pulumi/docker";

Now, when the pulumi up command is ran, Pulumi builds the container during the "Previewing update" phase (i.e. before even actually asking for "yes" / "no" for the deployment), and then when the deployment update happens, it is then pushed to the registry based on the image name / URL.

The appImage.imageName attribute now contains the full URL + the image hash, which we can use to refer to this specific container image.

With this code, Pulumi will wait until the container is actually set-up and running, which ensures that when the update actually finishes successfully, then everything is probably OK.

You can use a single Terraform codebase to provision most of your infrastructure, but Pulumi can do the same and build apps that run on the infrastructure. How cool is that?

If you want to focus on the core of your business operations, don't have time to hire and build an in-house cloud-ops team, let us take care of your cloud infrastructure. Revolgy offers a skilled extension of your team when it comes to ongoing maintenance and on-demand scaling of your public cloud infrastructure.

If you are interested in learning more about Cloud Operations or need some advice, don't hesitate to get in touch.

Rudolf is a high-level cloud architecture design specialist, DevOps expert for cloud environments and a Linux enthusiast. He has a wide experience in provisioning, containers, Kubernetes, CI/CD, automation, bare *nix environments, and migrations to the cloud. At Revolgy he works as a Cloud Engineer. 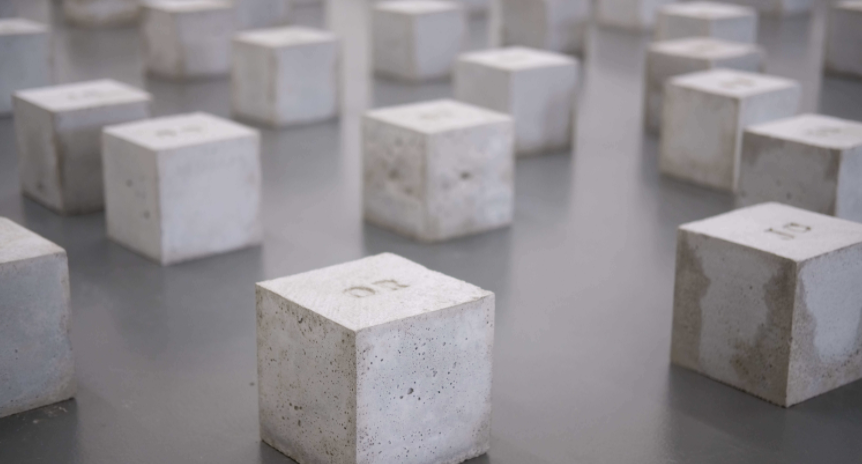 There are certain use cases where scaling horizontally based on cpu usage does not really work... 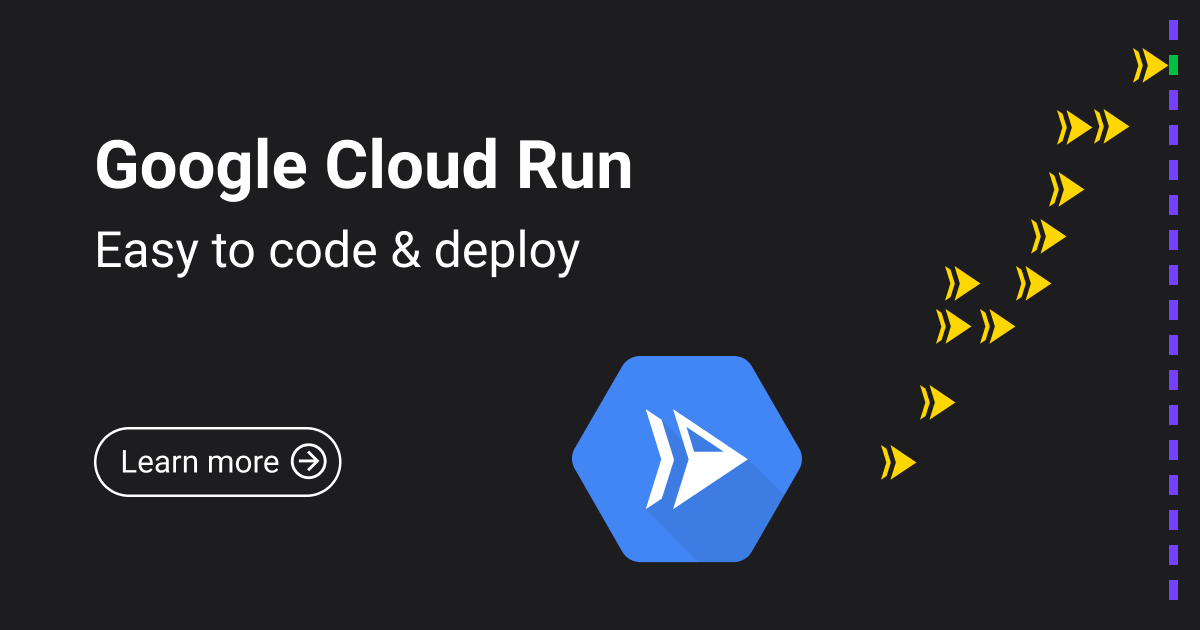 This article is about the Cloud Run service on Google Cloud Platform. It will be of most interest...